Because of the current road conditions here at the farm (still very muddy), we're moving the plant sale to next Saturday (June 8th).  For one day only we will be at the gravel pit at 1 Mile Murphy Dome Road.  Hours will be from about 10am to 5 or 6 pm OR until we run out of plants.  Prices will be reduced, as will quantities and selection.  Currently we have lobelia, columbines, peonies, nasturtiums, bush beans, zucchini and yellow squash, broccoli, cauliflower, cabbage, kohlrabi, tomato, and pepper starts.  Some are very small still and prices will be reflective of this.   If you are looking to fill the freezer this fall with loads of produce, these starts will get you there.  However, they may not provide much during the early or mid-summer months.
Posted by Aaron Stierle at 8:07 AM No comments: 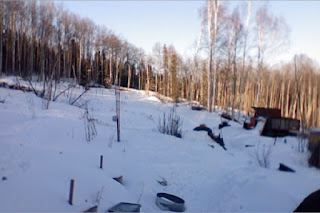 It was finally warm enough yesterday to start the snow melting.  We still have over 20 inches on the ground.    Looks like I'll be walking in for the next several weeks.

I am holding my breath until the first blackberry pokes through the snow cover.  I hope the voles didn't eat them again.

I am trying to plant seeds for the upcoming plant sale in May.  So far I haven't gotten much done.  However, I did discover that at least some of the seeds that spent this last winter (down to -34F) in the pickup are still viable.  I found three Subarctic 25 tomato seeds that had germinated today.

Unfortunately,  it looks like Chica has seriously injured a wrist.  Hopefully she will be back in top shape when the snow melts and the voles can't hide anymore.
Posted by Aaron Stierle at 11:38 PM No comments:

After a few hours of "technical difficulties" I managed to update the farm website and add links to the presentation materials I will be using Sunday afternoon at the workshop.  I will be providing a few copies of the presentation, but if you wouldn't mind please print off a copy to bring with you.  I also updated other parts of the webpage, including the plant varieties we will be adding to our trials this summer (marked '2013' after the entry).
I received good news today regarding my collapsed greenhouse.  The maker (Shelterlogic) has the parts in stock to save the day and probably at a decent price, including shipping.

See you at the workshop on Sunday!!
Posted by Aaron Stierle at 7:27 PM No comments:

As of March 6th, our blog received its 1,000th page view!!  Thanks to all of you who have been sharing in the journey, we have hit this milestone.

Don't forget that next Sunday (March 17th) we will be conducting our Gardening Workshop at the Ken Kunkel Community Center from 3pm to 6pm.  See you there!  Okay -- those of you who live in the Fairbanks area, that is.  Everyone else can check out my presentation once I post it to the Farm website.
Posted by Aaron Stierle at 6:41 PM No comments:

Be sure to mark your calendars for 3pm to 6pm on March 17th (Sunday).  We are gearing up for a great workshop on greenhouse gardening and food preservation.  Be sure to tell your friends and neighbors about it.  I'll try to get the powerpoint presentation up on the farm website next week.
With the days getting longer and the beautiful spring sunshine in great abundance, thoughts turn to green gardens!  The last frost is less than 3 months away.  Here on the farm, we have already received several shipments of bare root raspberry and blackberry plants and flower buds are forming on our over-wintered bell pepper plants.  My green thumb is getting itchy!
On a more decorative note, it appears that peony farms are coming to Goldstream Valley.  Here at Solitude Springs Farm, we began dabbling in them three years ago, but decided to go commercial last year.  It will be a couple of years before we are really producing these huge and gorgeous blooms in a variety of colors, but we may be able to provide a peek at what a field of peonies in bloom looks like next year.  If you are interested (it is neither cheap nor easy) in becoming a peony grower (there is a HUGE market for summer peonies), look up the Alaska Peony Growers' Association and keep an ear out for future meetings of the Interior Alaska Peony Growers.  Our next meeting is scheduled for April 7th @ 2pm at the Cooperative Extension Office (location subject to change).
Our 5th annual plant sale is tentatively scheduled to start the 4th weekend in May (Memorial Day weekend).  It will take place at the usual location - the gravel pit at Jennifer Dr. and Murphy Dome Rd., although I might try setting up near the Goldstream Store once or twice.  Check back later this spring for further details. 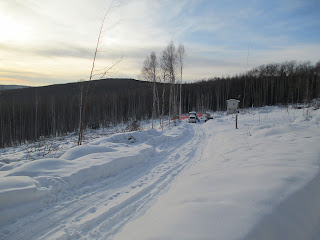 Now back to reality.  The snow depth is still around 20 inches and temperatures are mostly below freezing.  Hundreds of downed trees need to be cut up and the dozer needs to be fixed.


Posted by Aaron Stierle at 9:55 PM No comments:

The Date And Location Are Set!

It seems almost everything is nailed down about the upcoming workshop! We have secured the Ken Kunkel Community Center near Ivory Jack's and the Goldstream Store for our workshop on March 17. After we kick off with a presentation on greenhouses, someone from the Cooperative Extension Service will address food safety and preservation. There will be a gardening Q & A after the presentations are over. Be sure to bring all your questions with you! And as usual, there will be a number of door prizes. Make sure to tell your friends!
Posted by Aaron Stierle at 6:46 PM No comments:

Spring (and a gardening workshop) is just around the corner!!!

The first seed packets have just arrived in the stores.  Before you know it, it will be planting time!  Here at the farm we are busy ordering plants and preparing to starting seedlings.  We are itching for greenery, to say the least.  A quick walk around the lot last week indicated that things are doing well so far this winter.  No noticeable winter dieback.  However, we have seen mild temperatures for several days in a row now.  If temps drop too fast, we could see some damage as plants have begun to deacclimate to the cold.
We are tentatively scheduling our 2nd annual gardening workshop for March 17 from 3pm to about 6pm.  This year we will focus on greenhouse construction and usage.  We also hope to invite a speaker to talk about preserving some of those wonderful fruits and vegetables for the winter months.  Admission will be free and there will be door prizes, like last year.  We will announce the location as soon as it is confirmed.  Be sure to save the date and tell your neighbors!
Another development coming soon will be a redesigned website for the farm.  This should add a little spice to our web presence and allow us to post more about what we are doing.  We may also join Facebook soon.
The days are growing longer again - keep up the positive thoughts!  I'll leave you with an update on the two K-9s: 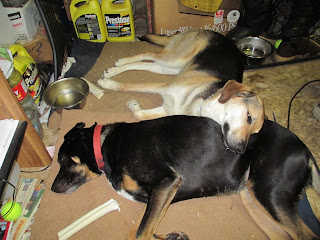 Well, at least one thinks they are buddies. 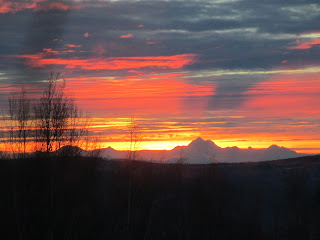